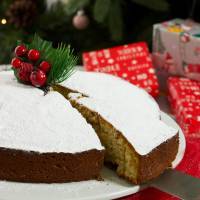 Ring in the New Year with this delicious and festive Vasilopita cake—a traditional Greek cake made with simple ingredients and a hidden coin for good luck. 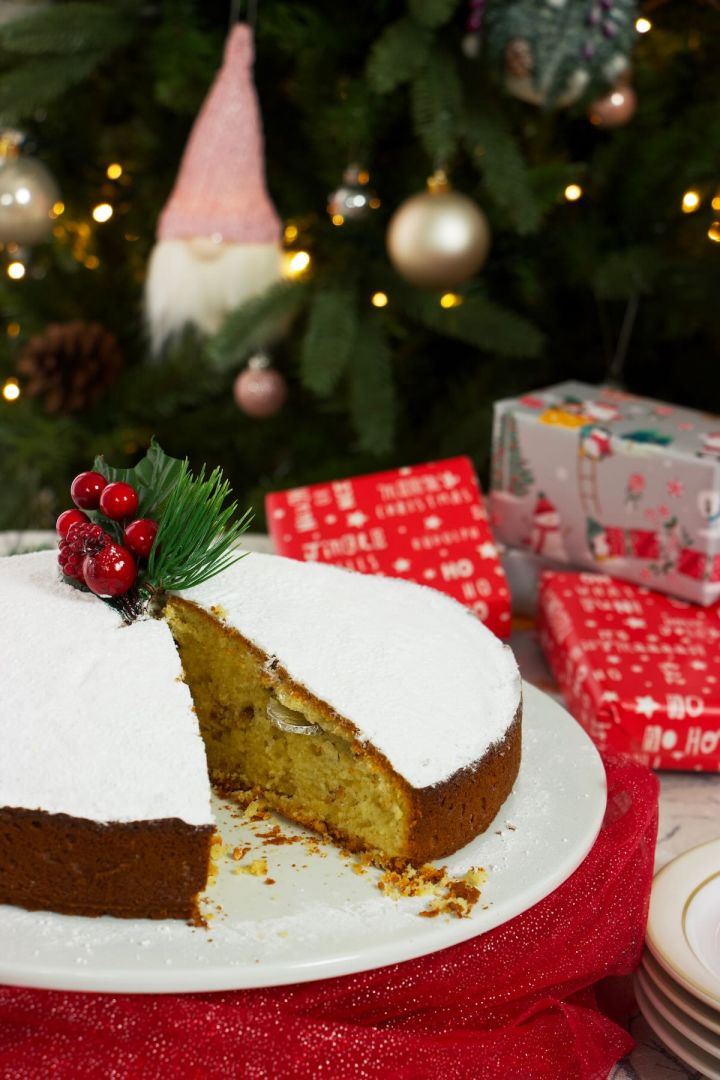 Vasilopita is a Greek New Year cake, and an unmissable tradition! Cooked up throughout Greece, the texture is sometimes more bready, almost like my recipe for Tsoureki Easter bread. On Rhodes however, where I am from, the Vasilopita traditionally has a moist and cake-like crumb, as in this recipe, for a Vasilopita with hazelnuts.

Greek Vasilopita cake hides a secret, however; this isn’t just cake! Much like a traditional Christmas pudding in the UK, it is customary in Greece to hide a (foil-wrapped!) coin inside the cake batter when you bake it. The lucky recipient of the slice of Vasilopita with a coin (called a ‘flouri’ in Greek) is considered to have received luck for the New Year ahead. In some houses, it’s even customary to give them a small gift, too! In our family, we always divide up the Vasilopita by the number of guests present at the table, to make sure that somebody definitely receives the lucky coin. You can imagine, though, that this method can sometimes result in rather large pieces of cake for everyone! Once the coin is found, many guests will stop eating their portion and cut their cake neatly. Then the remnants can be enjoyed the next day, with coffee (when you have a little more appetite!). Equally, we might crumble up the cake to use as the base for making Kariokes.

Vasilopita is a traditional Greek New Year’s Day Cake. We always hide a (foil-wrapped!) coin inside the batter before the cake is baked; tradition states that the recipient of the coin (“flouri” in Greek) will have good luck for the year to come.

Sevi
Hey, I haven’t heard any feedback on this recipe yet. I'd love to hear what you think! :-)