Pastitsio is a popular baked pasta dish in Greece, usually created with mince meat and bechamel sauce. It was originally based on the Italian ‘pasticcio’, but has evolved into a Greek dish in its own right. It is a sort of Greek lasagne, using tubes of pasta instead of sheets.

This meatless version is a great alternative to the traditional mince, as it provides all the hearty pleasure of pastitsio but with the dietary benefits and flavour of six different vegetables! Although this dish takes a little longer to make and is a little more involved, don’t let that put you off. Any pasta lover falls in love with this pastitsio immediately.

Pastichio pasta is not very common outside of Greece. You could substitue them with Rigatoni or Penne.

Before starting to make the béchamel sauce, mix the corn flour with a cup of milk and whisk them before you add them to the heat. This will prevent the corn flour from crumbiling. 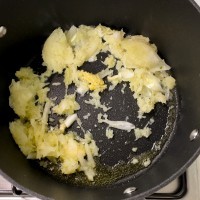 Vegetable Sauce: Finely chop the onion and garlic and add them to a heat pot. Sauté them with olive oil for about 2 minutes. 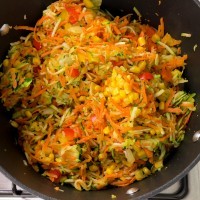 Add all the vegetables (zucchini, carrots, peppers and corn) and simmer them for 8 minutes. 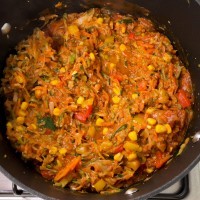 Add salt, pepper, oregano and the tomato sauce. Simmer for another 10 minutes and set aside to prepare the pasta. 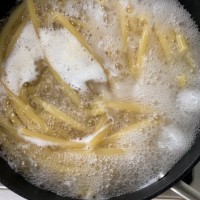 Pasta: Boil the pasta in salted water according to the directions on their package.

Drain the pasta and add a little olive oil (or butter) so they don’t get sticky. 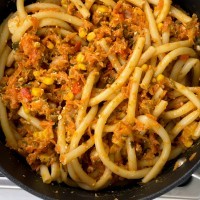 Mix the pasta with the vegetable sauce and the feta cheese.

Béchamel Sauce: In a separate pot, add the milk, corn flour, salt and pepper and stir constantly until it becomes thick. 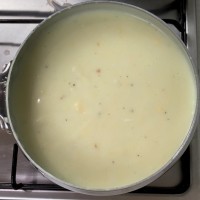 Once the sauce thickens, add the egg, butter and the parmesan cheese, and mix until combined.

Use a deep baking dish (34cm x 26cm) and spread a little bit of olive oil at its base. 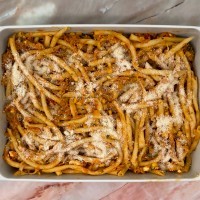 Lay the pasta mixed with the vegetable sauce and sprinkle them with grated cheese. 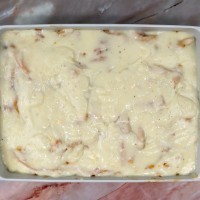 Spread the béchamel evenly and make sure all pasta is covered.

Tools used in my recipes
At no cost to you, I may earn from qualifying purchases made through affiliate links on this page. 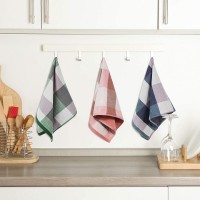 Plaid Kitchen Towels · These versatile dish towels with classic plaid design are very absorbent and durable and their colours fit most kitchen and home decorations. 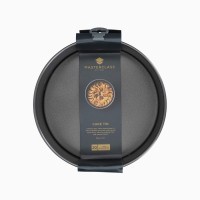