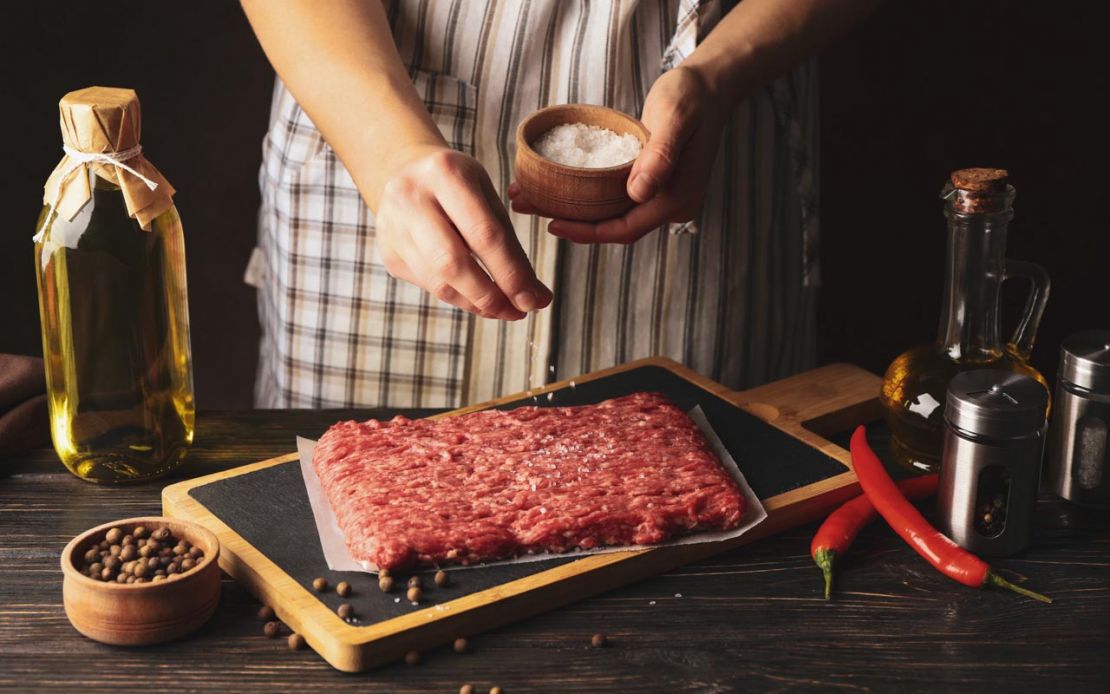 A vegetarian who cooks meat

I thought this would be a useful blog to post, because perhaps it explains some of my choices, and my focuses, for my recipes in fooodlove!

So, of course, you will know by now that I am a Greek (originally from Rhodes), who moved with my Greek husband to make our home in the UK, with our two daughters. All three eat meat, whilst I am vegetarian (pescatarian, really). If you’re in a similar situation and wondering how it works for us, read on.

On our way from Greece to the UK we have also lived in the Netherlands (check out my welcome blog to hear more of my story), but settled in Cambridge 2019. It's pretty tough to be a veggie in Greece, but I found it easier in the Netherlands, and so my story began.

In terms of eating and diet, I am a vegetarian (or more accurately, a pescatarian, as I do sometimes eat fish). “But you cook so many meat-based recipes”, I hear you cry! Well yes, the rest of my family all eat meat, so most meal times necessitate at least two different meals being prepared. Some would find that exhausting, but because food is my passion I don’t mind so much. It allows me to expand my repertoire in both meat-based and vegetarian cuisines at once! That’s not to say I’m not sometimes frustrated by a time-consuming day spent in the kitchen.

As for my choice to go veggie, it was initially prompted by a love of animals. I became vegetarian in 2016, in the Netherlands. Despite the amazing range of fruits and veggies on offer in Greece, it’s hard to define yourself as a vegetarian there, as every restaurant dish seems to have meat involved! It was easier in the Netherlands, with more choice in supermarkets and more options generally.

My younger daughter is keen to try out my vegetarian alternatives, but I still make both meal options available to my daughters, so that they can make up their own minds. Of course, my husband is a staunch meat eater who will not have his mind changed!

I do think that it’s important that more of us have some veggie and vegan recipes in our repertoire too, as animal products do have a heavier impact on the world and climate change (and I know that dairy is one of the worst offenders, so as a veggie I am to blame too!) - I will try to cook a few vegan meals per week, to lessen our environmental footprint.

Greek food culture in the UK

Greek food culture is undeniably different to British food culture. Not that England isn’t great for food; the restaurant scene here is amazing and perhaps providing some of most exciting cooking in the world, using a melting pot of international cuisines! But in Greece, food is culture. Many events are tied to the food you eat at them, and the feasts are the main event! We still celebrate with food, and all of our friends here seem happy to do that too.

One routine thing that is different between Greek and British food culture is that most people in England eat their main meal at night. Eating at lunchtime is traditionally the norm in Greece (hence my blog having recipes for breakfast and lunch, but not dinner!), and we do still eat our main meal at lunch time. I guess this is a convenience thing though really, as many UK workers can’t be at home with their families at lunch time, but celebrate on a Sunday with a big roast at lunch time…

When you arrive in a country, you find that the ‘norms’ of everyday life are completely different, and are something you have to adapt to. In Rhodes we would buy fruit and vegetables from a grocer, meat from a butcher, fish from a fishmonger, and perhaps cheese, dairy, and supplies from the supermarket.

In the UK, it’s harder to access those independent suppliers, though it is always nice to support a local market when you can. I think providence is really important, so if I am buying meat products for a recipe for the family, I will choose free-range, outdoor bred animals and look for the highest welfare standards.

There are certain ‘staples’ of Greek cuisine which are almost unheard of in the UK, too! I have to approach Greek delis and go online to find ingredients like mastic and mahleb for my Tsoureki Easter bread, for example, and for mavrodaphne wine for my Fanouropita.

For any Greeks recently moved to the UK, I can definitely recommend using these:

Food differences between the UK and Greece

Of course, the weather in Greece is markedly different from the weather in the UK. The climate has a big say on what is seasonal, and what is readily available. Whereas in Greece I would have easy access to fresh tomatoes, herbs, peppers, courgettes, aubergines… you name it… in the UK, the seasons for these are shorter (and I’m not sure I’ve ever seen a British-grown aubergine for sale, actually)! Fresh British tomatoes are wonderful in season, but this ‘Mediterranean’ produce tends to be much more expensive than it would be at home in Greece.

In fact, perhaps because of this, an abundance of fruits and vegetables are generally seen as ‘rich man’s food’ here in the UK, whereas a diet rich in fruits and veggies in Greece is traditionally a ‘poor man’s diet’, as meat would be more expensive. I do think plenty of fruits and veggies everyday is absolutely crucial, but I try to accommodate British seasonality as best I can, for example by enjoying gorgeous English strawberries and asparagus in May and June!

How do you eat at home? Do you bring any of your culinary traditions and inheritance to your table today? Let me know by getting in touch on my social media channels, or by emailing me direct - I love to hear from you!