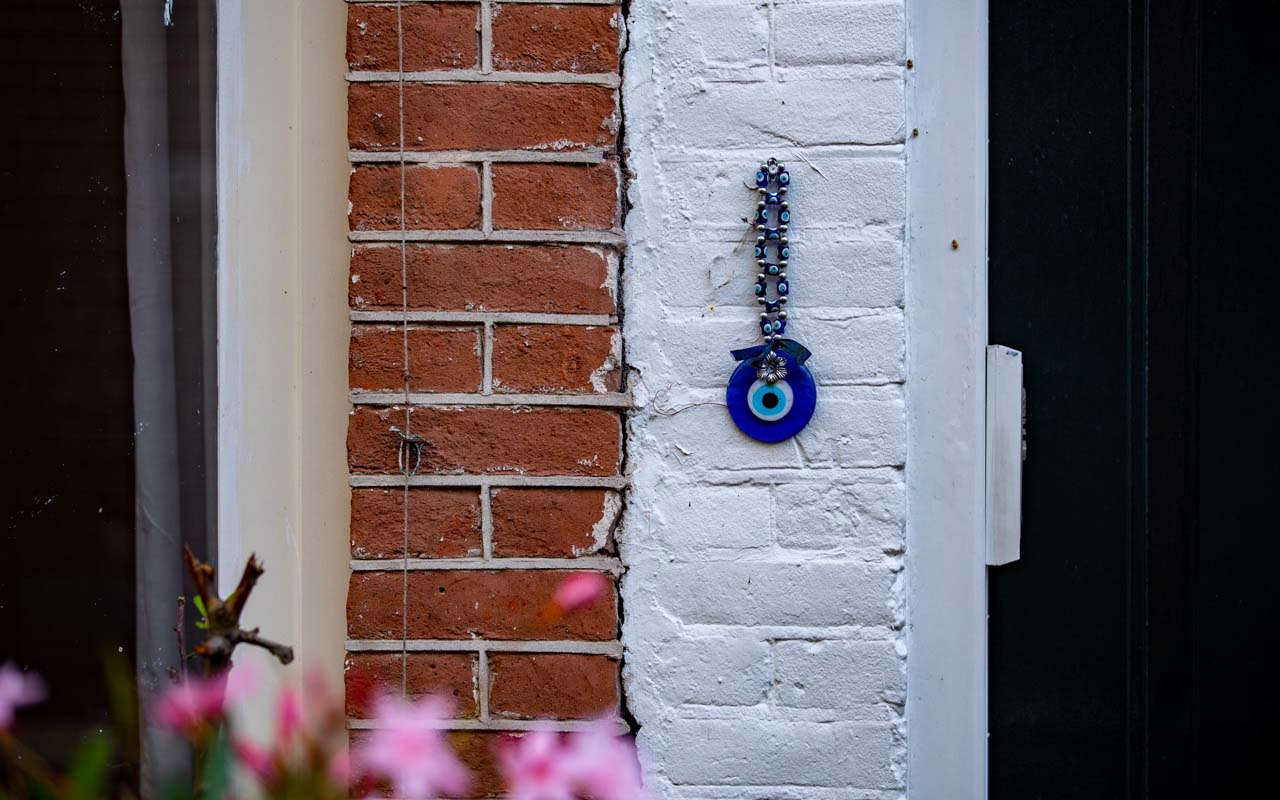 Perhaps I should start by saying that I am not one to be much swayed by superstitions. Perhaps that’s why I’m not afraid to have 13 sections for my blog on superstitions!

Even though I don’t believe in them, superstitions in Greece sometimes seem foundational to the whole culture!

Although myself and my husband might now laugh at some of the superstitions we grew up taking so seriously, they seemed very real to us as children - and remain a very real part of daily life to plenty of Greek people. The superstitions seems to come from a mixture of religion and paganism, and vary across the many towns and regions of Greece.

Here are my 13 favourite weird and wonderful Greek superstitions:

This is a symbol you’ll find everywhere in Greece. Sold as trinkets for tourists, these little glass pendants are something more than a holiday souvenir for many Greeks. Hanging from every rear view mirror and on show in every home, this blue glass eye charm is believed to ward off matiasma - the evil eye. Amazingly, the superstition of matiasma goes back to at least 6 centuries BC!

Some Greeks believe that you can catch mati, or ‘the evil eye’, when someone looks at you with jealousy or envy. The one who has caught the matiasma is said to feel bad, both in body and in mind. We still have experts in xematiasma (roughly translated as ‘the undoing of the eye’) in Greece, and one of these can be called up to say a special prayer to release the sufferer from the pain induced by the evil eye. Sometimes this might be a relative, but to remain 'potent’, their cure for the evil eye should be handed down across the genders (a woman teaches a man teaches a woman etc).

The blue-eyed glass charm is said to help you avoid suffering mati, but ironically, it is also believed that people with blue eyes are the most likely givers of the matiasma in the first place!

Ok, maybe ‘favourite’ was the wrong word here! But spitting is such an inherent part of Greek culture and superstition and it’s seen as so rude and disgusting in the UK; it’s just such a juxtaposition!

Greeks believe that spitting chases away bad luck, misfortune and the devil. To ‘protect’ someone from these, you spit at them! It sounds crazy, but it’s almost like telling the devil “nope, there’s nothing of worth here, nothing to see here” - so you will see poor babies being spat on copiously by their loved ones! The same with the beautiful - if someone compliments a baby, child, or even adult on their beauty, they will immediately spit three times too, so as not to give the person mati.

Greeks also spit (it’s more like a slight spit, whilst saying ftou) three times when they hear bad news, perhaps about a death or an accident. It chases misfortune away from them. I have heard English people touching wood to avoid bringing on bad luck - it’s the same as this, but much more common in Greece.

3. Never hand someone a knife

If you want to stay friends with someone, don’t hand them a knife! That’s the superstition, anyway. Instead, you must put the knife down on a nearby table or something similar and let them pick it up themselves. Otherwise you will fight, or your friendship will be otherwise cut short.

4. Never give perfume as a gift

Giving perfume is a strange ‘no no’ in Greece, as it is thought to ruin a relationship! If someone does give perfume, you must counter the ‘bad luck’ element by ‘paying’ the person who offers the gift, with a coin (it doesn't matter the value). Oddly, someone mentioned that this is the case for knives in England; the superstition is that you should give a coin to someone who gives you a knife (so as not to 'cut' the bonds of your relationship)! There you go, an English superstition combining two Greek ones.

In Ancient Greece, sneezes were believed to be prophetic. They were believed to represent the Gods revealing a hidden future. Today, a more common superstition in Greece is that a sneeze means someone is talking about you. To find out who that is, ask whoever you are with at the time for a three digit number. You add these digits together, and the total number correlates to a letter of the alphabet (for example, if they say 1,2,3 you add 1 + 2 + 3 = 6. The sixth letter of the alphabet is F. Now you know that the name of the person talking about you begins with F!

6. Never marry on a Leap Year

2020 was probably a quiet year for weddings in Greece - and no, not only because of the corona virus restrictions! Many Greek couples will have chosen to wait until 2021, because 2020 was a Leap Year. Leap Year weddings are considered unlucky; there is supposed to be a high chance that your Leap Year wedding will end up in divorce, or even death! As well as not marrying in a Leap Year, couples in relationships that are sadly ending might choose to wait too, as there’s a superstition that marriages that end in divorce during a Leap Year will never find happiness again.

In England, I hear children say “jinx!” when they say the same thing at the same time. In Greece, the tradition is to touch something red - piase kokkino. When two people say the same thing simultaneously, it is believed to be an omen that they will fight or argue. They will immediately say “touch red” and both hunt for the nearest red item nearby to touch, to avoid the foretold argument.

In Greece, it isn't Friday the 13th that is considered unlucky, but Tuesday 13th! The jury is out on exactly why Tuesday the 13th is unlucky, but perhaps it’s because it follows the perfect number 12. There are 12 hours in a day, 12 months in a year, Jesus had 12 apostles, 12 gods of Olympus…the list goes on. The 13th chapter of Revelation speaks of the coming of the Antichrist, too! Tuesday is Triti (Third) in Greek, and bad things are always considered to come in threes. Perhaps this is why Tuesday 13th is considered such a potent, bad combination? My husband was born on Tuesday 13th, so it’s considered rather a good day in our house!!

9. Never leave shoes on their side

I mean, there is a practicality to this in Greece. It may bring bad luck - and even death! Well, I don’t believe in the superstition, but I certainly don’t want a sneaky scorpion taking a snooze in there (okay there are no scorpions in the UK, but they’re very common in Greece!), so this one makes sense - I’m happy to adhere to it when I remember! I’m not quite sure the superstition was designed to keep people safe from the sting of the scorpion, but…whatever works!

10. Always leave by the same door you entered

When you have a Greek round, make sure they can leave your house by the same door they entered! It’s considered bad luck to leave by a different door. Otherwise you might break up a romantic relationship. You’ve been warned!

11. Salt gets rid of unwelcome visitors

Simply sprinkle a little salt behind an unwanted guest as they travel through your house and it’ll make them leave. Well, it’s a pretty clear hint if you know the superstition anyway, isn’t it! Better be on your best behaviour to avoid someone following you with the salt cellar!

One thing we didn’t mention in the Greek coffee culture blog, was that you should never “cheers!” with coffee. Say “gia mas!” with wine, beer, ouzo…you name it! But if you try it with coffee, your partner in the toast will look at you very oddly indeed, as it’s said to bring bad luck.

Like in the UK, black cats are considered bad luck or ill omens in Greek superstition. If one crosses your path, make sure to “ftou!” to get rid of that bad luck! I'm glad I don't adhere to this one; I'd be “ftou-ing” all day as we have one at home! 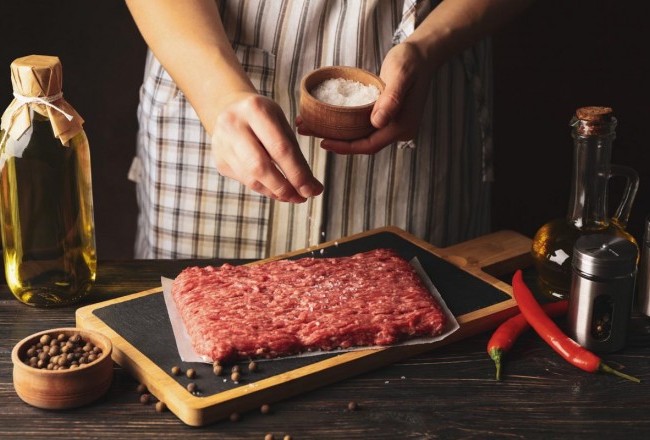 A vegetarian who cooks meat 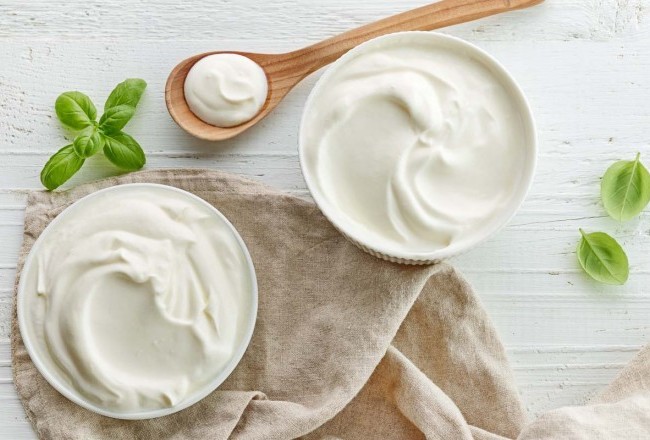 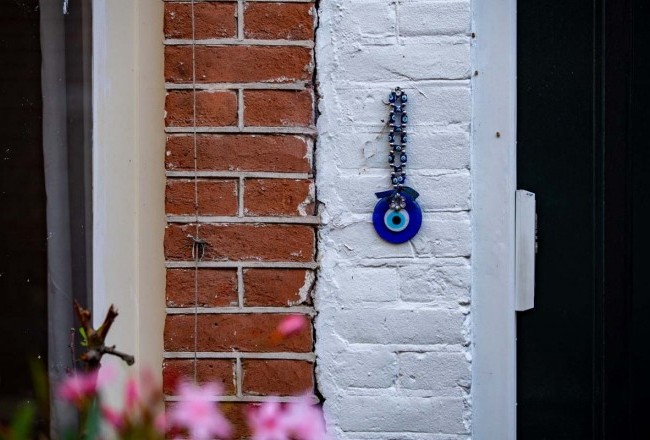