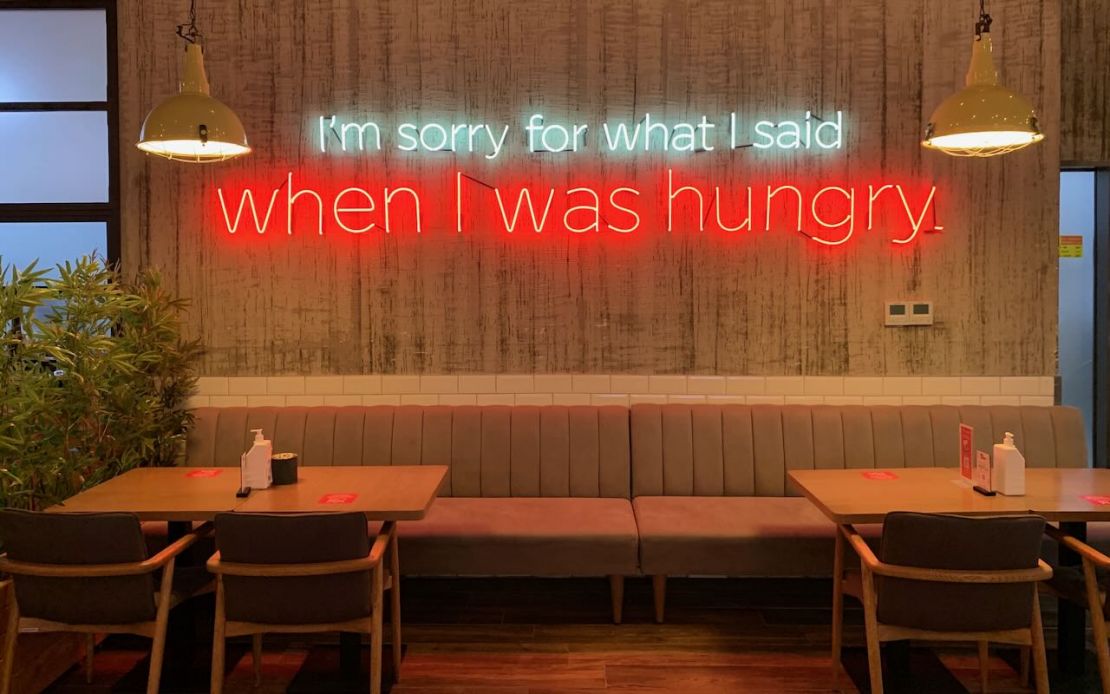 Idioms are some of the hardest things to master when you’re learning a new language. And take it from me, English is absolutely full of them!

Whether it’s to talk about the weather or to explain how you’re feeling, idioms are common in languages the world over. But you don’t realise how much of everyday speech revolves around them, until you try learning a new language! Even if you understand the literal meaning of every word in a sentence, an idiom can still be completely incomprehensible (why is the pot calling the kettle black, and are brass monkeys chilly?)!

Of course, in Greek, it’s the same.  There are plenty of idioms that definitely only make sense when you understand! In translation, a few of my favourites are “I ate the world to find you” (ie, I’ve been looking for you everywhere!), and a real mumsy one, “your eyes, fourteen” (ie, be cautious of the outside world - act as if you have fourteen pairs of eyes).

Idioms can be really obstructive (not to mention confusing) when you’re learning. So when you strike on an idiom that makes sense in both your home language and in translation, they become your best friends!

I’ve listed ten English idioms and their Greek equivalents below. Hopefully this will help you feel as at home as I do, whether you’re an English person learning Greek or a Greek learning English. Some of them even make sense in both languages. Enjoy!

“Bob’s your uncle” seems to be what people say to try to tell me something is easy, or doable! I guess “et voila” is the equivalent in French. In Greek we say “Ευκολάκι” (pronounced “efkolaki”). It is more literal, basically meaning “easy”.

These are basically the same in meaning! They both suggest that doing something tardily is better than not doing it at all. Apparently in English the origin of the phrase is with Chaucer, whilst in Greece we trace it back to the Ancient Greek philosopher Socrates, who responded “Better late than never!” when he was made fun of for taking up a musical instrument when he was in his later years.

Apparently all donkeys are ancient in the UK?! “Donkey’s years ago” seems to be used to suggest something that happened many years ago, in a vague enough way that it could be  a decade or could be a century! I may be biased, but I think the Greek equivalent (“since my grandfather’s time”) makes a lot more sense!

4. “That’s a different kettle of fish”

The idea of a kettle is a foreign enough concept for most people when moving to the UK, but to put a fish in it?! Horrendous! This seems to be used to highlight that one topic is completely different from what you were talking about before. Eg “I loved the first film, but the second in the trilogy? That’s a completely different kettle of fish”. It’s similar to saying “they’re like chalk and cheese”, which is a confusing one, because chalk and cheese…well, they’re not complete opposites are they! They can look pretty similar! We say “Άλλης καρυδιάς καρύδι”. Honestly, this doesn’t make much more sense than your kettled fish. The literal translation would be “a walnut from a different walnut”.

Yes, another idiom which is the same in both English and Greece! That’s probably because this idiom can be traced back to an Ancient Greek proverb. Pronounced “anageo kako”, the first recorded use of the phrase uses “necessary evil” to refer to marriage, government, and women! Necessary, yes. But evil?!

This seems to be used in lieu of just apologising, mostly by my English mum friends when they swear in an inappropriate or inopportune moment, for example in front of the kids!  Literally translated, “Με το συμπάθειο” means something like “with sympathy”, but we use this phrase in the same way ‘pardon my French’ is used - to excuse a swear!

Another equivalent! As in English, this is accompanied by the action of knocking on some nearby wood. Why do we feel the need to do this, to knock on wood to deter bad spirits from manifesting something bad that we have said? As in the UK, this idiom is used when perhaps you’re being presumptuous, like saying “well at least we are financially stable and all in good health - knock on wood”. It seems a global phenomenon to remind us to be grateful for our current good fortunes!

Being a fish out of water implies you’re in a situation that’s well outside of your comfort zone, and it’s a phrase that is common in Greek too. Apparently the phrase was first seen in Geoffrey Chaucer’s Canterbury Tales in 1483, when he described a sailor riding a horse: “...a huge man, uncouth; a master of vessel and knew all the ports; not ride well; like a fish out of water as sat on his horse”.

Again, one that works the same in both English and Greek. “Curiosity killed the cat” comes from “care will kill a cat”, where ‘care’ meant ‘worry’. Eventually, “care” turned into “curiosity”. Meaning that being overly curious can lead you to a bad end, it’s no surprise this phrase is common in many languages.

Flies drop the world over it seems! Common in Greek too, this phrase most likely refers to the short life cycles of insects and bugs. Meaning a rapid drop in numbers, it can refer to a population quickly succumbing to illness, but is also used to refer to people dropping out as they lose interest in an activity.

I hope you enjoyed this whistle-stop tour of a few of my favourite idioms, and how they parallel between Greek and English. But these ten are just the beginning! There are estimated to be a mammoth 25,000 idiomatic expressions in the English language, and plenty in Greek too…enjoy learning and being bemused as I was when you encounter these strange and sometimes outlandish cultural oddities!